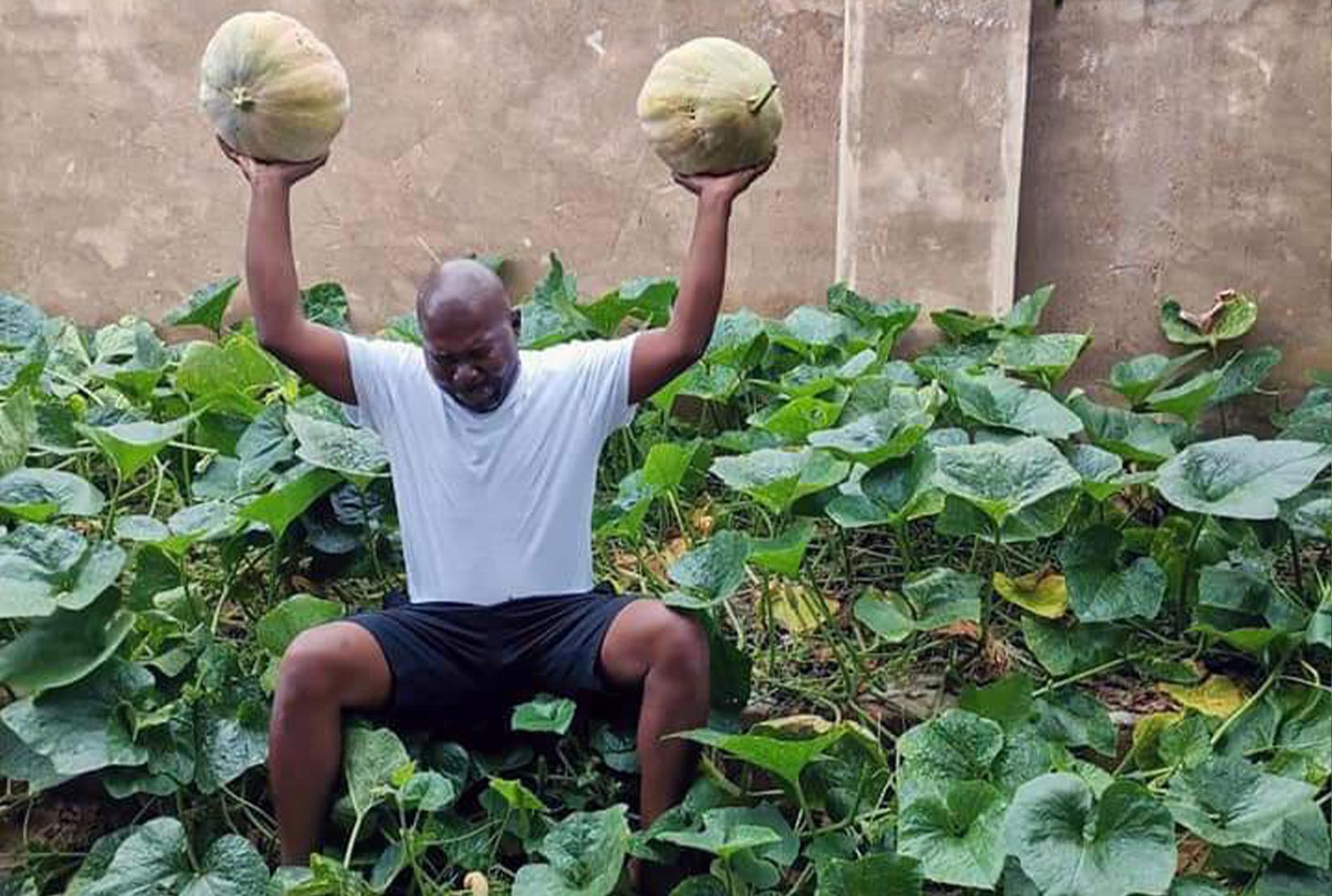 There’s a drama playing out in Tshwane which means far more than deciding whether hydrangeas are better plants for pavements than cabbages.

But even as we say that we do hope that the Cabbage Bandit known as Djo BaNkuna will inspire a national movement of guerrilla gardeners and pavement veggie patches.

We say this, not because we are agitating for lawlessness and land grabs as the heavy-handed Tshwane Metro police have suggested of BaNkuna and his supporters, but because there are important things at stake.

As many will be aware, BaNkuna has been issued a R1500 fine for refusing to remove vegetables from his pavement patch. The authorities say he is blocking pedestrians on municipal land, a charge that must invoke hysterical laughter in anyone who has tried to walk on what passes for municipal-maintained sidewalks in Tshwane. BaNkuna is rightly refusing to pay it and will argue his case in court in November, should it ever be heard.

Meanwhile, thousands are supporting his stance and we have named him a Siyabuya! Hero along with others who are working selflessly to make our country better and stronger as we fight to emerge from this terrible Covid-19 pandemic.

But let’s get our hands dirty here and understand what’s really at stake. Of course, there is the question of the law which has been bought to bear against BaNkuna. Is it a good law or is it a bad law?

The answer to this question lends itself to something philosophical. There is an adage, for instance, that says “hard cases make bad law” in that they might lend themselves to outcomes in which justice is not necessarily served.

But legal scholar Arthur Corbin turned this adage on its head in the 1920s and argued that on the contrary, “hard cases make good law”. We prefer Corbin’s reversal in which he essentially said that if law results in an injustice “contrary to the settled convictions of the community” that it is certain to be “denied outright” – and thus the bad law will be improved to become a good law.

But we don’t have to write an essay dissecting the letter and meaning of the law under which BaNkuna has been charged. Is it a by-law, the national Road Traffic Act or some other regulation or a bundle of the former? The mere existence of these laws do not make BaNkuna’s conduct unlawful. His conduct must be tested in a court of law to determine unlawfulness instead of being left to the whims of power drunk bureaucrats.

It does not matter because there surely can be no law any right-thinking person would see as just if it favoured the footfall of pedestrians over the nourishment of citizens.  If such a law were to exist it would be so “contrary to the settled convictions of the community” that it must surrender to the outrage, we hope shall be the case in BaNkuna’s circumstances.

But the behaviour of the Tshwane officials irks at a deeper level. There is something deeply disconnected in the spirit of their response when compared to the zeitgeist, and which sadly suggests a more fractured and broken body politic than we might have imagined before.

South Africa, as all painfully know, is enduring the savage economic cost of the Covid pandemic which only exacerbated an economy already on its knees. We have world-leading unemployment and millions of jobs have been over the last 18 months.

Nearly four out of ten households say they run out of money for food each month and child and household hunger remains stubbornly high, according to rolling research monitoring the impact of the pandemic. Hundreds of thousands of children have empty bellies each week. The number of adults going hungry will be greater as parents will never take food while their children starve.

So, if anything good could be said to have come from these dark times it is the spirit of care that ordinary people have shown to each other. People like BaNkuna and others are working to help others in practical and meaningful ways.

This spirit of resilience ought to be celebrated but, more importantly, it shows that we have a compassion for others that we believe is our defining – and, perhaps, redeeming – virtue.

Our troubles as a society can sometimes appear so vast and overwhelming that we do not know where to start to make a difference. BaNkuna has shown us a way.

Is sharing food not the most caring thing that a human can offer another? It speaks of more than an act of charity. It says: “You are my friend. Welcome to my table”. It is at the centre of our culture and our humanity.

So, what does it say then when others would rip this food from the ground and cast it to the side for no other purpose than to assuage the ego of a pompous bureaucrat or enforce some meaningless local regulation?

It says you do not care like we care – and that you choose not to sit at the table which brings us together.