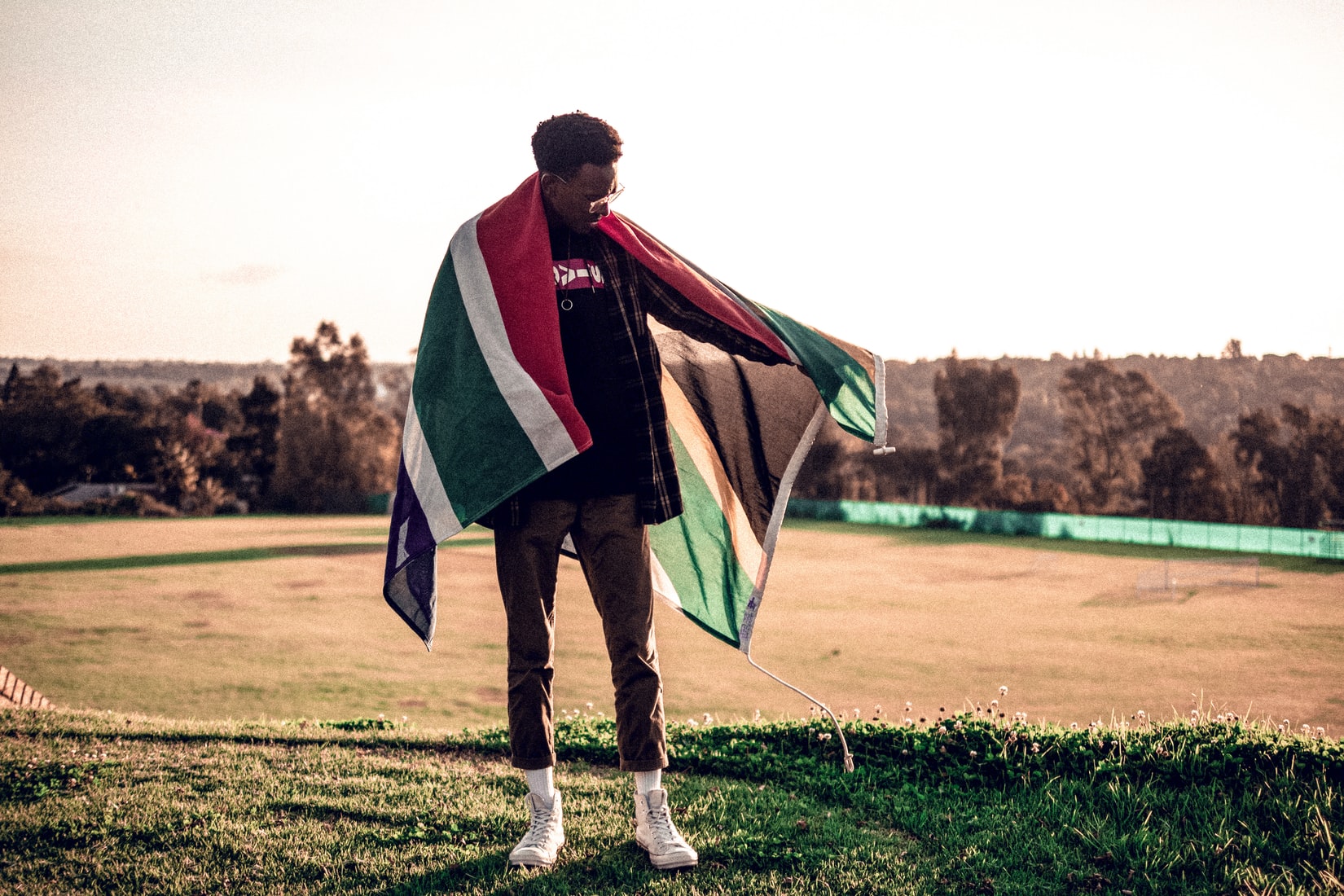 By Jonathan Jansen and Melene Rossouw

South Africans are world champs at complaining. We are expert pessimists and finger-pointers – but we are something else too. We are often kinder than we think… and we’re really good at pulling miracles out of a hat.
If you haven’t had the chance to be vaccinated yet, you may indulging in some of those whiney skills that we are so good at, but don’t worry, we forgive you.

Now lean back, take a deep breath and remain calm because we want to remind you that soon you will be smiling, glowing in the memory of an experience that will remain with you for the rest of your life. You’re are about to be a small part of another South African miracle.

Not only will you soon get a jab which will start to put this Covid-19 nightmare behind you, but you will get it in a uniquely South African way which will remind you how amazing we all are.

Spend five minutes on social media or flapping your ears on a taxi or at the local coffee shop and you’d be hard-pressed not to find a story in a few minutes which will prove our point.

Ntale Mokgabudi from Daveyton wrote on News24 about her and her husband’s experience getting vaccinated at a pharmacy in Primrose, Johannesburg.

“There were queue marshals, chairs, and gazebos on the vaccination site. We were also given bottled water. The waiting period was not long… Thumbs up for Ackerman’s Pharmacy. Your registered nurses were professional…We cannot wait for our second jab.”

Or this example, from Anneliese Burgess, the co-editor of the Afrikaans digital weekly Vrye Weekblad, who shared on Facebook her experience of taking her parents to get their first Covid-19 vaccinations in East London.

“There was a moment where I felt quite emotional watching the young people … helping all the oldies fill in their forms, deeply respectful and kind. Kind. A lot of kindness,” she wrote.

“This is what happens when ordinary South Africans are called to service. They deliver. With humanity. This vaxx thing might actually work. But it will be because of the reserves that we as a people hold. And despite government. Not because.”

Her account is quite typical of the stories people from across the breadth of the land are sharing, many of them in a dedicated section on News24.

Claudia de Villiers shared taking her 73-year-old “Gogo” for a vaccination at Charlotte Maxeke Hospital in Johannesburg. Now, this place is more commonly in the news with a “horror hospital” theme, plagued with challenges and disasters, so what was Claudia’s experience like?

“Welcoming security guards greeted us and ushered us into the grounds towards the vaccination centre… One could tell that the nurses were all fired up and ready to mass vaccinate… There was an hour and a half wait for the vaccines to be delivered, leading to much speculation and conspiracy theories which at least kept us busy.”
But soon Gogo was jabbed.

“As we left, a group of Gogo’s did a little jog together, making jokes that they were off to a party. Congratulations were shared all around. What an unexpectedly positive experience that felt more like a celebration than a medical procedure.”

These are the little clues that point to the extraordinariness of us. We really can’t help ourselves, but we’re actually pretty decent people even when we think we aren’t.

It’s happened enough times now for this not to be a fluke.

Those who are old enough will tell you about those incredible days of the first democratic election in 1994 as the world watched in disbelief. Millions of us – saints, sinners, rich and poor, dark and light, boss and worker – patiently lined up and made our little crosses bringing to an end an era of legalised hate.

Some may remember how unlikely it once seemed that this could ever happen, not only peacefully but with a sense of joy and celebration and cathartic release.

It’s easy to forget that this happened despite the assassination of Chris Hani, despite the violent storming by right-wingers of democracy negotiations at Kempton Park’s World Trade Centre, despite the “invasion” of Bophuthatswana by the same crazies and despite the Bisho massacre.

We managed to get millions of South Africans identity documents and we got 19m people to the polls. If you were part of it you will remember how unbelievable that seemed.

When it came down to it we pulled a miracle out of the hat. As we always do.

Remember how so many people thought we’d never be able to pull off hosting the Soccer World Cup back in 2010? Well, we blew those doubters away like vuvuzelas in full cry.

And perhaps we should recall our triumph in 1995 when we hosted and won the Rugby World Cup having barely been readmitted to international sport?

Who could forget that moment when a Bok jersey-wearing Nelson Mandela and captain Francois Pienaar seared a remarkable moving memory into the global consciousness that had less to with sport and more to do with the timeless ideals of compassion and hope.

We did that. Never forget.

Now we face a great challenge. We have to vaccinate about 41 million people to achieve herd immunity (unless new variants keep moving the goalposts).

So we can either sit around pointing fingers and saying it will never be done, or we can remember how many other times we – and others – said that about us and how wrong we were proved to be.

With three million vaccinated, and counting, we are already making progress. Sure, there is a really long way to go and wouldn’t it be great if it were a whole lot easier? Perhaps, but we’d be robbing ourselves of that special flavour of doing things the South African way.

We will beat Covid-19, the vaccination campaign will work even when we think it won’t and along the way we will have not only jabs in our arms but something more besides.

The vaccination campaign can bring us back together. It can be the start of our “siyabuya” moment as we come back, rebuild and remember all the things that make us complicated – and so extraordinary too.

We will beat Covid19. The vaccination campaign can bring us back together and show us what it means to be South African. Let this be the start of our Siyabuya moment.

Prof Jonathan Jansen, a former vice-chancellor of the University of the Free State, is Distinguished Professor of Education at the University of Stellenbosch, South Africa. He is currently President of the South African Academy of Science. He is a prominent author, public speaker and columnist, writing particularly on education, human rights and democracy. He recently won the gold medal for social sciences and the humanities, awarded jointly by the Human Sciences Research Council and Universities South Africa.